The Youth Team secured their place in the third round of this season’s FA Youth Cup with a hard-fought 2-1 victory over Boston United at the Northern Commercials Stadium.

Boston took the lead when Harry Vince converted from the penalty spot in the fourth minute but City drew level twenty minutes later thanks to Ville Moilanen’s close range volley.

City then took the lead just two minutes after the break via Curtis Peters’ strike from the edge of the box to seal the win and cup progression.

The apprentices will now play away at Burnley in round three.

Visitors Boston were handed an early boost in the tie when they were awarded a spot-kick with only three minutes on the clock, City defender Tom Windle penalised for bundling over Jack Brown just inside the box.

Boston skipper Vince took responsibility for the penalty and sent George Sykes-Kenworthy the wrong way to hand his side the lead.

City could have levelled things up just minutes later when Ellis Hudson scooped the ball into the path of Moilanen but the Finnish attacker’s looping header was tipped onto the bar by Boston ‘keeper Harry Payne.

City dominated the lions’ share of possession as the half progressed, with Moilanen going one better midway through the first half to equalise.

From Hudson’s searching pass into the area, City skipper Niah Payne managed to cross the ball into the middle from the byline and Moilanen was on hand to volley home from close range.

We kept their foot on the gas after Moilanen’s goal. An unmarked Hudson headed wide just before the half hour mark following a short corner routine involving Reece Powell and Payne.

Peters then saw a shot deflected wide of the post after he’d been found just inside the box via Powell’s cut-back.

Powell was looking to provide again ten minutes before the break, his cross-field pass picking out Hudson inside the area.

Hudson’s delightful turn got him away from Bailey Forth but the winger’s eventual shot for goal struck the side-netting by Payne’s near post.

City nearly took the lead in slightly fortunate circumstances four minutes before the interval when Harry Warren’s searching cross was deflected onto the post by Boston defender Callum Rodger as he tried to clear.

The Bantams did edge in front just after the break, however, when the ball broke to Peters around the edge of the box and the midfielder fired low past Payne in the Boston goal.

With City still on top, Moilanen engineered an opening for himself just before the hour after receiving the ball from Warren. The Finn drove to the edge of the box before firing over.

Looking to finish the tie off, City came within mere inches of doubling their lead in the 73rd minute via Payne.

The Bantams captain burst past James Gordon and deep into the box after being fed into space by Warren, his angled drive looked to be finding far top corner but it hit the inside of the post and bounced away.

Payne was involved again when a defensive mix-up between Gordon and Jack Withers saw the ball drop into his path. Payne took aim from just outside the box but his curling effort was held by his namesake in the Boston goal.

City threatened once more shortly afterwards via Warren, the left back seeing a shot repelled by Payne following a driving run into the box from deep.

In truth, Boston had failed to trouble Sykes-Kenworthy too greatly up to this point since their penalty opener but they did threaten seven minutes from the end when Peter Evison fired wide after being found in the box by Vince.

With Boston perhaps sensing an unlikely leveller in the game in the closing stages, Jordan Tate then fired wide from the edge of the box with Vince lurking towards the far post looking for a possible tap-in. 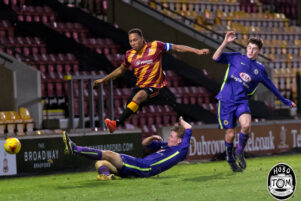 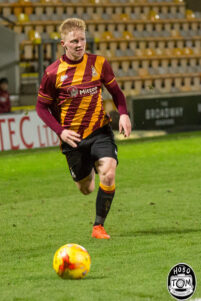 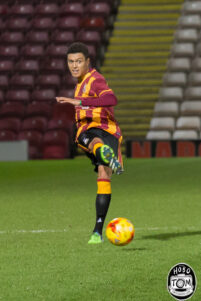 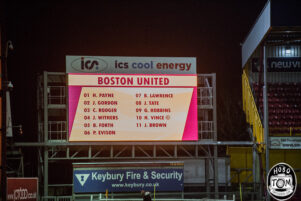 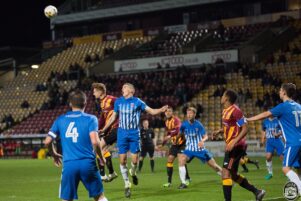 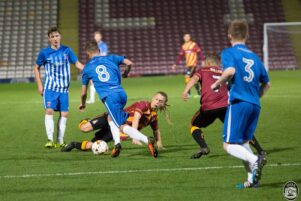 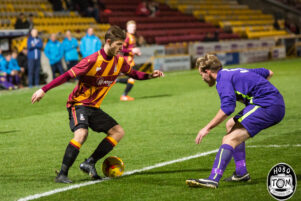 Last Friday saw us travel over to Bishop Burton College to play Hull City. Going in to the game, Hull were top of the table and we were in second place 3 points behind with a game in hand. It was a cagey opening 10 minutes with neither side able to dominate possession, On 15…

The match is at St Helens Rugby Ground, Langtree Park. WA9 3AL 7pm KO GMT. You can also watch the game live on Sky –  LFCTV with coverage starting at 6.30pm. Or go and support the boys, approx. £5 entry for Adults.