Today we played our third match of the tour against FC Twente u17s.Twente are one of the top academies in Holland so we knew it would be a tough game.

We had a free morning as the bus was due to pick us up at 2pm.This gave us an opportunity to go through some individual reviews with the lads.

The coach arrived and we made the 20 minute transfer to the town of Hengelo where Twente are based.The facility was really good with 6 grass pitches and a synthetic pitch which is what we played on.It became apparent that although we were playing against their u17s,some of them looked a little bit younger and not as big as some of our players,and so it was to prove. We managed to control large periods of the game and went in to a 2-0 lead both goals scored by Rhys Webb Foster.We had further chances to make the game safe but it was Twente who pulled a goal back late in the game against the run of play.Overall we were pleased to win the game but the lads were disappointed not to have won by a greater margin especially with the dominance we showed.

After dinner we had a debrief and evaluated the day.The lads then retired to their rooms in preparation for tomorrow.

All U12’s – U16’s for the 2016-17 season will receive an email regarding the new “players target setting meetings” from the week commencing Monday 29th August. If you haven’t received an email by Monday 15th August regarding this please contact djohnson@bradfordcityacademy.co.uk 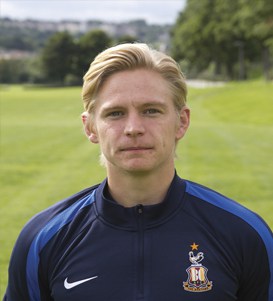 Head Foundation Phase coach Lewis Nightingale stepped down this week to further his coaching journey at Everton FC. Lewis began working with us 5 years ago and showed great desire to improve the Academy. Lewis had this to say “I’d like to thank Bradford and all the staff for their support during my time at…

Monday 27th & Tuesday 28th October U10s to report to Woodhouse Grove for 9.30am for a 10am start with the sessions finishing at 2pm. They will need a packed lunch and suitable footwear for grass and 4G. Any questions/problems please let me know. Lewis Nightingale